Carestack sees uptake of 47% on close rate after adding Convin’s Conversation Intelligence in their sales stack.
You are just 10 strategies away from making an extraordinary sales call success. Act now!
Sign up for free 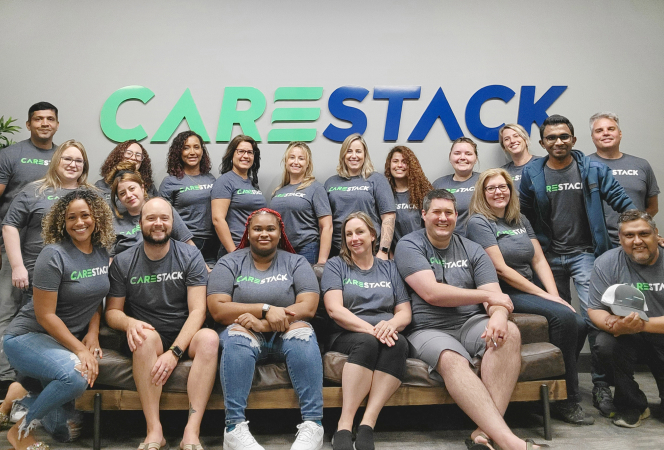 Carestack sees uptake of 47% on close rate after adding Convin’s Conversation Intelligence in their sales stack.

Thank you for downloading!
Oops! Something went wrong while downloading. Please try again

This is some text inside of a div block.
Summary
Carestack is an Orlondo-based practice management SaaS solution company that was in the process of surveying solutions to adopt AI for improving the efficiency of its sales processes. Carestack saw that because of the large call volume, they couldn't keep beat with the call review process and were unable to uncover or pinpoint the challenges of their sales executives, or track sales methodology, or even understand customers’ pain points at a deeper level. Convin enabled automated call tracking, analysis and reporting to uncover real customers, people, and competitive intelligence for improving Carestack’s sales processes.

“Convin has helped our sales team with better follow-up. More importantly, we have been using the tool to discover what prospects are talking about to steer our conversations and marketing efforts.” - Dan Hall, Director sales, Carestack.

Carestack was established in the year 2015 by Dr. Mark Huzyak and Abhi Krishna after Mark realized the need for a centralized solution for automating dental clinics administration and reporting while practicing himself.

Under the Carestack care umbrella, there are Midwest Dental’s 230 offices, Plum Dental’s 17 offices, and many more. Carestack has also worn many accords for its exceptional contribution to the industry like G2 High Performer 2021, SMB 10 2021, etc.

You can see a certain number of sales being made in every call from the above data, but what does this mean?

You can’t expect to have made sales in the first call itself. Here sales mean extracting crucial customer information and revenue intelligence from every follow-up call and using it to increase the deal value.

Now let me tell you another interesting fact: there are more than 14,000 dental clinics in Florida and more than 1 million dental offices across the USA alone.

Now that’s the end of the news; to attain quota and stay in the market, a sales rep has to make at least 80-100 calls a day, apart from the follow-up calls.

Applying the above data to Carestack, to reach a potential customer, Carestack has to make multiple calls a day with fewer resources to hundreds and hundreds of people in these dental offices. But it had no or literally limited ways of extracting crucial revenue intelligence and deal intelligence from their sales calls( Remember the graph above?).

It is not just the issue with the practice management industry but with every growing industry, especially because of the pandemic.

Pandemic has led to an increase in the adoption of SaaS solutions that can extract crucial data and audit the customer’s conversation, as we can see from the Grand view research graph below.
‍

One of the biggest challenges that Carestack was facing was they were still following the outdated sales processes of manual call auditing. And Carestack wasn't able to determine why they were missing out on deals even after solving the clinic management issue centrally for the dental offices efficiently.

1) No means of extracting customer intelligence
Even though Carestack had so many calls in a day with potential prospects and prospects, it could not uncover customer intelligence like their pain points, needs, or intent of connecting(for the inbound team) and using it for their marketing and follow up calls.

But it had no way of verifying if their sales team was following this methodology and utilizing the resources in the demo and discovery calls.

So what did they do?

They started exploring tools that would record their sales calls and track if the Carestack team is following Sandler’s sales methodology.

We at Convin were in the process of identifying potential customers and reaching out to them. We also approached Carestack.

Dan, the Sales Director, was also exploring solutions that could have all the high-end features while being at the same time fair in pricing. He wanted to automate the sales process for better efficiency and tracking. Most solutions in the market were a good fit for huge multinational companies but not suitable for small to medium-sized companies.

Convin offers all high-end conversation intelligence features and more at a fair price.

Within a week of reaching out to Carestack, Convin was a member of Carestack's sales stack. Literally, the onboarding of the solution was done in just a day.

Apart from this, Convin’s extension allows Carestack to record any Google and Zoom meetings, even if the account is not signed up with Convin.

By the way, did we tell you that Carestack started leveraging the benefits of Convin from day one?

“Training did not take long at all as we implemented and started using right away and did some learning along the way. “ - Dan Hall, Director Sales, Carestack.

Convin post-recording Carestack’s calls, transcribes and adds the notes in the Hubspot CRM, which resulted in improving the quality of the notes. Also, it allowed Carestack’s sales team to go from demo to demo, knowing they have the Convin notes and can search the meeting for keywords to follow up on.
‍

As we saw earlier, Carestack follows Sandler’s sales methodology but lacks a system of tracking if their sales team was actually following the methodology.

Another challenge, as we saw earlier, Carestack didn’t have the capability to learn the customer’s pain points or verify if they had missed any opportunity. As manual note-taking is unreliable, it usually does not contain complete data, making it non-reliable or of any use.

Convin analyzed the entire sales calls to understand what topics their clients were talking about and used this information to create marketing and sales collaterals for their sales pitch and virtual event( 55 events in 2021, expanding it this year). And made their content more customer-focused.
‍

Now that the Carestack has a way of reviewing calls before follow-ups, they utilize this data to better engage with prospects and analyze opportunities in every sales call. It resulted in an increase of deal uptake by 47%.

Carestack’s sales team made it a practice to listen to previous sales calls before the follow-up and to even go through the call analytics. It helped draft a better sales script for the follow-up calls and engage with customers effectively and efficiently.

Carestack also observed with focussed follow-up the number of calls required to close the deal decreased or, in short, the sales cycle shortening.
‍

Carestack even utilized the data of Convin’s customer intelligence to explore the most talked about topics and used this data to create their marketing videos, which they publish through their Vidyard account. The view time for these videos improved by more than 60%.

Like all SaaS-based companies working remotely, in this pandemic time, Carestack’s team also lacks resources for auditing and reviewing sales calls. And even if some calls were audited, it would be time-consuming, which was not really useful as the deal would already be missed.

“Coaching takes a fraction of the time being able to search for keywords and listen to certain areas and give feedback.” - Dan Hall, Director Sales, Carestack.

Convin analyzes the sales meeting post-call and sends the call audit report directly to their sales leader and sales director’s inbox so that they don’t miss out on any crucial deal information.
‍

After using Convin’s feature dashboard to extract the topics that the customers were interested in, Carestack launched a series of topic focussed virtual events; the number of attendees for these events increased to more than 200 compared to more generic topic events.

Thank you for downloading!
Oops! Something went wrong while downloading. Please try again

Talk with our sales team

Have questions that you want answered ? We're just a message away. Drop us a line and we will get back to you immediately. Yes, we're extremely fast.